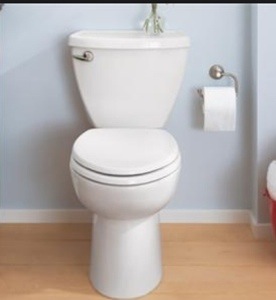 This is a hot topic for so many of you, and there’s so much advice out there…I don’t want to overwhelm anyone so I’ll keep it simple: Toilet learning is a natural process in which young children need to take the lead.

I’ve spent the majority of my career (15 years or so), working with two and three year olds. That’s a lot of diaper to pull-up to underwear transitions. I’ve learned that it is a child-driven process, that is only successful when children are truly ready.

Children who are “trained” (I really don’t like this word when talking about toilet use) early, 18 months or so, will regress and have frequent accidents. How do I know this? Seen it. Consistently. Toddlers will learn to hold their urine, and it will appear that they are potty trained. But after a few months, there will be frequent accidents. The walls of the bladder thicken, just like a bicep that’s been doing lots of curls . When it comes to your bladder, thicker is not better. Holding bowel movements is an issue too, leading to constipation and extra pressure on the bladder, among other problems.

So then there are the well-meaning parents who tell care providers that if they put little Johnny on the potty every 30 minutes, he won’t wet his underwear. First of all, does little Johnny want to spend his whole day in the bathroom? No, and logistically, a care provider just can’t do it. And then there’s the pressure he puts himself under, leading to anxiety and insecurity, and the disappointment he’ll feel when he wets his pants. Trust me, he will. No thank you.

The children I’ve seen have a positive and self-driven toilet learning experience have shown basic signs first. When they are ready, you’ll know. It won’t be a battle or power struggle. It’ll be a positive experience for everyone ultimately, leading to feelings of competence and success.

Signs:
The child shows an interest, either by modeling your behavior or talking about it.

Your child tells you when diaper is soiled, or recognizes when he/she is going.

Dry diapers over a 2 hour period or after nap.

A child has skills that will support toilet learning such as walk, talk, and pull up pants(try anyway).

Suggestions:
Encourage the use of a real toilet when interested…it’ll be so much easier when you are at the grocery store with a child who has to pee.

When you begin to see signs, ask if your child would like to use the toilet.

Expect interest to ebb and flow for a bit…it’s scary to learn a new skill. Also be aware that transitions in a child’s life (new baby, different routines, moving to new house) will affect this process greatly, often resulting in regression or holding. Just be patient.

Avoid anger at accidents, use a matter of fact tone and let it go. Also avoid treats and rewards-no one gives me candy for using the toilet. Your child needs to internalize the feelings associated with accomplishment, which is less likely when a reward is used.

There may be the rare exceptions out there, but trust me, rare is the exception. Good luck! I hope this is helpful, especially since I said I’d keep it simple, and I really didn’t!